Dedicated to the life and work of

An interpretation of the

In the late 19th century, Helena Petrovna Blavatsky began a spiritual revolution in the West with a modern interpretation of Eastern Esoteric ideas which transcended all religions and schools of philosophy. These ideas are not presented as religious dogma but simply as ideas for consideration.

This new interpretation is far from easy to understand and it requires time and study to appreciate. At the time of its introduction it was probably over 100 years ahead of Western Society’s ability to assimilate.

The Blavatsky Wales Theosophical Group holds regular events in to promote both the work of Helena Petrovna Blavatsky and an appreciation of the life that this fascinating woman lived. 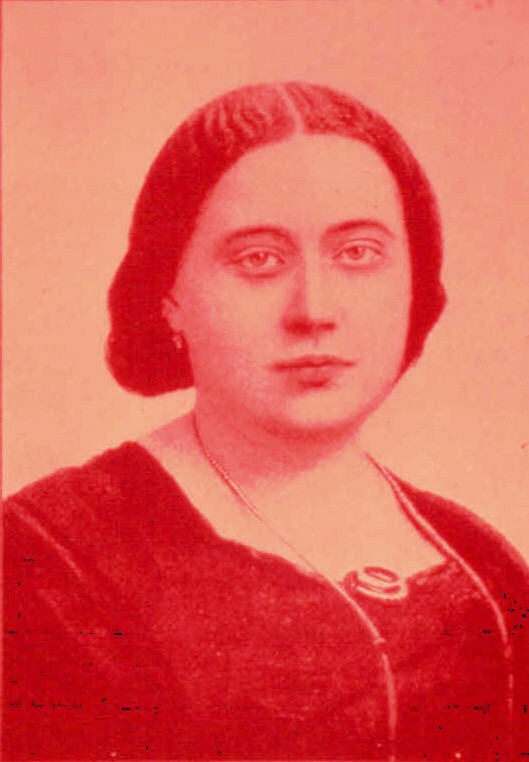 Helena Petrovna von Hahn was born at Ekaterinoslav (now Dniepropetrovsk.), a town on the river Dnieper, in , on . She was the daughter of Colonel Peter von Hahn, who was a cavalry officer in the Russian army and of Prussian aristocratic descent, and Helena de Fadeyev, a renowned novelist. 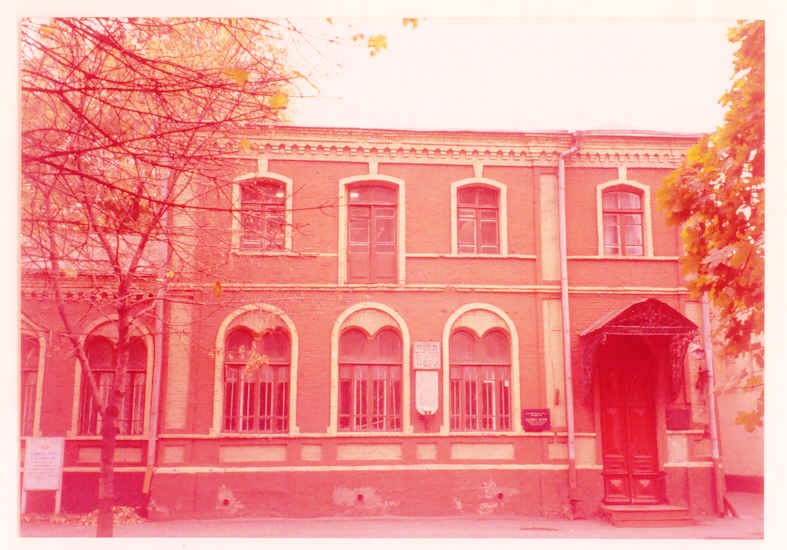 The Birthplace of H P Blavatsky

Left her husband and raveled in Turkey, Greece, Egypt and

Sailed for Canada, raveled south to New Orleans, Mexico and

From the sailed via the and () to

Traveled via Java to

Returned to , crossing The with a caravan of emigrants

Returned to via and The Straights

Travelled throughout India, Kashmir, Ladakh, Burma, and parts of

Returned to via and

Lived with various communities in the

Travelled in the Balkans, , and

Became a supporter of Guiseppe Garibaldi and was

wounded at the of Mentana in

Shipwrecked off the island of Spetsai sailing from Greece to

Traveled through Syria, Palestine, the Lebanon, and back to

Lived in the where she wrote and published ‘ Unveiled’

Co-founder of The Theosophical Society in on November 17th

Worked on ‘The Secret Doctrine’ in and

Moved to where she completed ‘The Secret Doctrine’

Established the European Headquarters of The Theosophical Society

Died in on May 8th; cremated at Crematorium,

H P Blavatsky was quite adamant that nobody owns Theosophy. Since her death in 1891, the Theosophical Society which she co-founded in 1875 has divided and many diverse organizations now carry forward the tradition.

The one element which all Theosophical bodies have in common is that they all require their members to be in accord with the original 3 Objects of the Society, which were established by the Theosophical Society founded in in 1875.

1. To form a nucleus of the Universal Brotherhood of Humanity without distinction of race, creed, sex, caste or colour.

2. To encourage the study of Comparative Religion, Philosophy and Science.

3. To investigate unexplained laws of Nature and the powers latent in man.

Completed in 1888, The Secret Doctrine is H P Blavatsky’s best known and definitive work. Based primarily on Brahminical Hinduism and Esoteric Buddhism and drawing on many other traditions, the work brings the teachings of an inner circle of adepts to the wider world. H P Blavatsky systematically outlines a scheme for the existence of the universe and describes man’s place within that scheme.

The Secret Doctrine is a complex work which beginners find rather intimidating to study directly. Many Theosophists begin with the many available commentaries and basic introductions. Here are two free introductory course online;

If you run a Theosophy Group, please feel free

to use any of the material on this site

The Most Basic Theosophy

A quick overview of Theosophy

and the Theosophical Society

If you run a Theosophy Group you

can use this as an introductory handout.

An entertaining introduction to Theosophy

Made in 1991 for Russian Television

and The History of Theosophy in Wales

as Theosophy Cardiff Separates from the

A guide to starting your own

One liners and quick explanations

About aspects of Theosophy

H P Blavatsky is usually the only

Theosophist that most people have ever

heard of. Let’s put that right

No Aardvarks were harmed in the

Not just about classic cars

Death & How to Get Through It

Lentil burgers, a thousand press ups before breakfast and

seems to get most of us in the end. We are pleased to

present for your consideration, a definitive work on the

subject by a Student of Katherine Tingley entitled

The main criteria for the inclusion of

links on this site is that they have some

relationship (however tenuous) to Theosophy

and are lightweight, amusing or entertaining.

Topics include Quantum Theory and Socks,

An entertaining introduction to Theosophy

The Key to Theosophy

The All Wales Guide to

Getting Started in Theosophy

This is for everybody not just people in Wales

A Free Intro to Theosophy

Theosophy and Help From

in the 3rd Millennium

The National Wales Centre for Theosophy

The Ocean of Theosophy

The Spiritual Home of Urban Theosophy

Article describing Tekels Park and its much

cherished wildlife by Theosophist and long

The Terraced Maze of Glastonbury Tor

Glastonbury and Joseph of Arimathea

The Grave of King Arthur & Guinevere

Tekels Park to be Sold to a Developer

Concerns are raised about the fate of the wildlife as

Surrey, England is to be sold to a developer.

for the Adyar Theosophical Society in England in 1929.

In addition to concern about the park, many are

worried about the future of the Tekels Park Deer

as they are not a protected species.

Many feel that the sale of a sanctuary

for wildlife to a developer can only mean

disaster for the park’s animals

There is confusion as the Theoversity moves out of

Chorley in Lancashire while the leadership claim

that the Theosophical Society will carry on using

Tekels Park despite its sale to a developer

Badgers have been resident

in Tekels Park for Centuries

A Satirical view of the sale of Tekels Park

in Camberley, Surrey to a developer

What the men in top hats have to

say about the sale of Tekels Park

Esoteric Teachers  The Constitution of Man  The Planetary Chain

The Human Tide-Wave  The Progress of Humanity

A Text Book of Theosophy By C W Leadbeater

What Theosophy Is  From the Absolute to Man

The Formation of a Solar System  The Evolution of Life

The Constitution of Man  After Death  Reincarnation

The Purpose of Life  The Planetary Chains

The Result of Theosophical Study

An Outstanding Introduction to Theosophy

By a student of Katherine Tingley

Elementary Theosophy Who is the Man?  Body and Soul

The Seven in Man and Nature

The Meaning of Death

Preface to the American Edition    Introduction

Occultism and its Adepts    The Theosophical Society

The Ocean of Theosophy

History of the Theosophical Society in Wales

The Three Objectives of the Theosophical Society

Explanation of the Theosophical Society Emblem

A Study in Karma

Man and His Surroundings  The Three Fates  The Pair of Triplets  Thought, The Builder

The More Modern View  Self-Examination  Out of the Past

Try these if you are looking for a

Tell us about your UK Theosophy Group

Start Your Own Theosophy Group